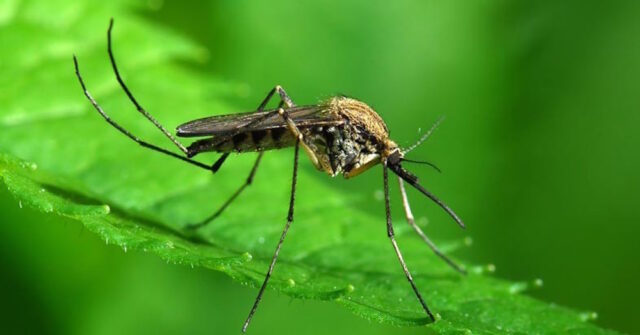 While mosquitos are an annoying species, most mosquito control methods do far more harm than good to people, pets, and outdoor environments. Read our opinion on the problems with common mosquito control services and products.

The urge to control mosquito populations almost always ignores the greater effects from such efforts. Certainly, mosquito bites are irritatinsg, and health risks from being infected with West Nile Vvirus and Zika virus are real. Unfortunately, people are quick to seek solutions to one set of problems without thoughts of creating new sets of problems. Add to this, the tremendous marketing efforts of profit-driven chemical companies and it’s easy to see how people can be blinded to problems stemming from mosquito control products.

Should You Spray Your Yard for Mosquitoes and Ticks?

The folks at Consumer Reports did their homework to publish an article on the risks and perceived merits of spraying for mosquitos. Their article, published in 2019, says in part, "…the agency (EPA) also warns that any chemical spray poses some risks. And those risks are made far worse if the person doing the spraying isn’t properly trained. Inexperienced sprayers may lead you to waste your money by spraying chemicals the wrong way or by using products that don’t work. And they can expose you to unnecessary risk. Misapplied chemicals can result in more toxins reaching your children and pets, and they can harm natural foliage and nonthreatening insects (some of which have protective effects). They can also breed insecticide resistance, which will make any existing insect problems much worse."1

Death to Honeybees and Other Pollinators

Without a healthy and robust population of pollinators there would be a disaster from crop failures, and loss of tremendous amounts of fauna which rely on bees for pollination. It’s easy to say, "killing a few bees is no big deal", but to do so is to also be cavalier in attitude without any understanding of the numbers involved. Beyond simply "killing a few bees in my yard", a single bee can become exposed to toxins that are taken back to it’s hive – and destroy the entire colony. Logically, there is no possible way to justify gaining a lifestyle convenience at the cost of diminished food production and loss of oxygen and shade producing plant life.

The National Wildlife Federation published an article that stated, "Most residential mosquito control companies use insecticides known as pyrethrins, which are chemicals derived from chrysanthemum flowers that are toxic to insects; or more frequently, pyrethroids, which are synthetic chemicals that mimic pyrethrins. Whether natural or synthetic, these are broad-spectrum insecticides that are highly toxic to a wide variety of insects, not just mosquitoes." 2

The broad application of any type of "insect control" products always means a certain level of contamination to the eco-system. Numerous scientific studies and reports all confirm that there are consequences for overzealous use of toxins. A very good report to read was created and published by the Citizens Campaign for the Environment and Citizens Environmental Research Institute. A key takeaway from the 15-page report is the following, "Health effects of pesticides can cause both acute and chronic problems. Acute health effects appear shortly after exposure to these pesticides and can include: skin and eye irritations, headaches, dizziness and nausea, weakness, difficulty breathing, mental confusion and disorientation, seizures, coma, and death. Chronic health effects may not be apparent until months or years after exposure. Such health aliments include nervous, reproductive, and immune system disorders, and cancer. "3

What you apply on your property will eventually enter the water supply. Your local water purification plants cannot remove all of the pesticides and chemicals from drinking water. Even many professional pest control companies are guilty of effectively creating a toxic water system. The Natran Green Pest Control website has this to say about the effect of pesticides on the environment, "When a pesticide is has a high solubility, then it can dissolve easily in water and be carried away via runoff. In a natural environment, this can affect any animal or organism that uses that water supply. For plants who might absorb the contaminated water via soil, they can be poisoned and die, or an animal who eats the plant may get sick as well. When the pesticide is in the water itself, fish and other organisms living in the water may get sick and die, as will any animals, such as bears, that eat those fish. Actually, just drinking the water can also poison animals in the area."4

Before hiring a mosquito control company, try the natural ways to control mosquitos and avoid harming the eco-system.

Fall Flowers to Plant in Georgia

Landscaping, gardening, and planting information, tips, and schedules for the north Georgia Hardiness Zones 7b and 8a
Contact us: info@crawford-landscaping.com
© 2022 Crawford Landscaping